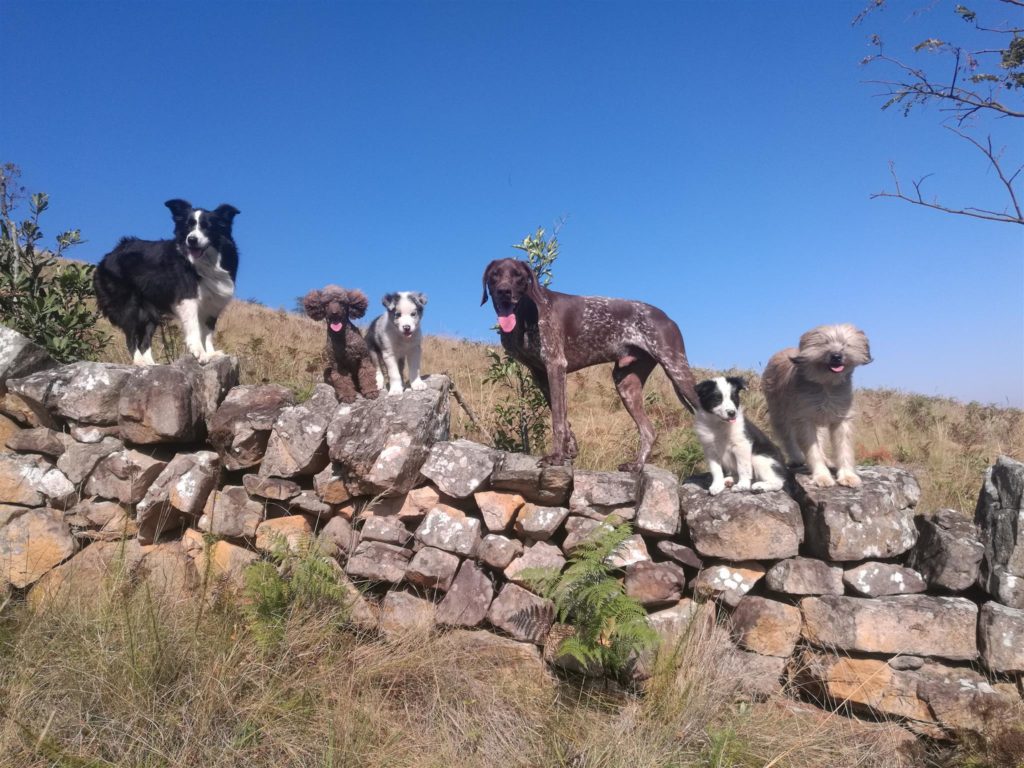 I’m going to tell you a story. Perhaps even a story within a story. It was back in my school days. I recall going to my mother one day and telling her, in a very excited tone, that I had heard about a place in town that trains dogs, and I asked her if I may go there.

Well, my mother answered, “Yes,” which was followed by a moment or three of silence before I spoke up and enquired further: “Are you going to take me?” to which she promptly replied “I’m sorry, I have too much to do. You can walk if you really want to go!”. The thing is that I lived on a farm!

I did walk. It took about two hours to get to training. I got there late, but the important thing is that I got there. I showed the commitment and took the steps (literally) to change my life, forever. In case you are wondering, my mom did come and fetch me (she does love me …lol) and, subsequently, always took me to training and home and, in later years, even came to watch me competing at the agility world championships on a few of the occasions that I competed overseas. She loves watching my dogs and I working in unison.

I excelled at dog training from the very start. I made my special border collie, Chap, into the first Free State dog jumping champion in history, at the young age of 17 months (undoubtedly it would have been at a younger age, if we had had the opportunity, but we were limited by the amount of championship shows in Bloemfontein). I had to travel to East London to win my third championship qualification certificate, which Chap and I managed to achieve after a night of zero sleep, because we had attended a 21st birthday party which moved from a friend’s house to the beach just after 12am, and continued until sunrise. Chap and I sat around the fire bonding that night, while my friends and I chatted away and told jokes around the fire until the sun rose in beautiful pink, orange, yellow and gold glory over the ocean, on Nahoon beach. What a night, what a wonderful memory and how awesome to have made history that morning with my amazing boy Chap.

I also made up the second ever Free State dog jumping champion, as well as the fourth (this was back in the years before agility was introduced to South Africa). You may have noticed that I never made up the third champion. Indeed not, my good friend Xandi Dearden (née van den Heefer), made up the third Free State dog jumping champion with her wonderful dog Sam. Sam was related to Chap and he also became a famous phenomenon, dancing in front of packed stadiums at the Cheetah’s home rugby games. Dr Xandre Dearden, as she is better known now, was probably only 12 or 13 years old when Sam became a champion. Once both her and I opened the doors of belief, many new champions started to hail from the Free State and, dare I say that, within a few years we grew from one of the weakest provinces in South Africa to probably the top dog jumping and agility province in the late 1990’s and early 2000’s. What happens when you achieve greatness is that you inspire others to lift their game and become great too.

I’ve been living in the Cape for around 12 years now. When I arrived here, WP was probably one of the weakest provinces in agility. That changed quickly. In the last 10 years WP has totally dominated the podium at the SA agility championships. I stand in second position with six wins and several reserve champion placings over the last 10 years, and an old student of mine, Annaret Meintjes, has pummelled practically every South African record, has dominated the podium relentlessly for the past couple of years now, has proved that a student can indeed overtake a master (and even teach them a thing or two) and now stands in first position with the most SA agility champions in our history, to date.