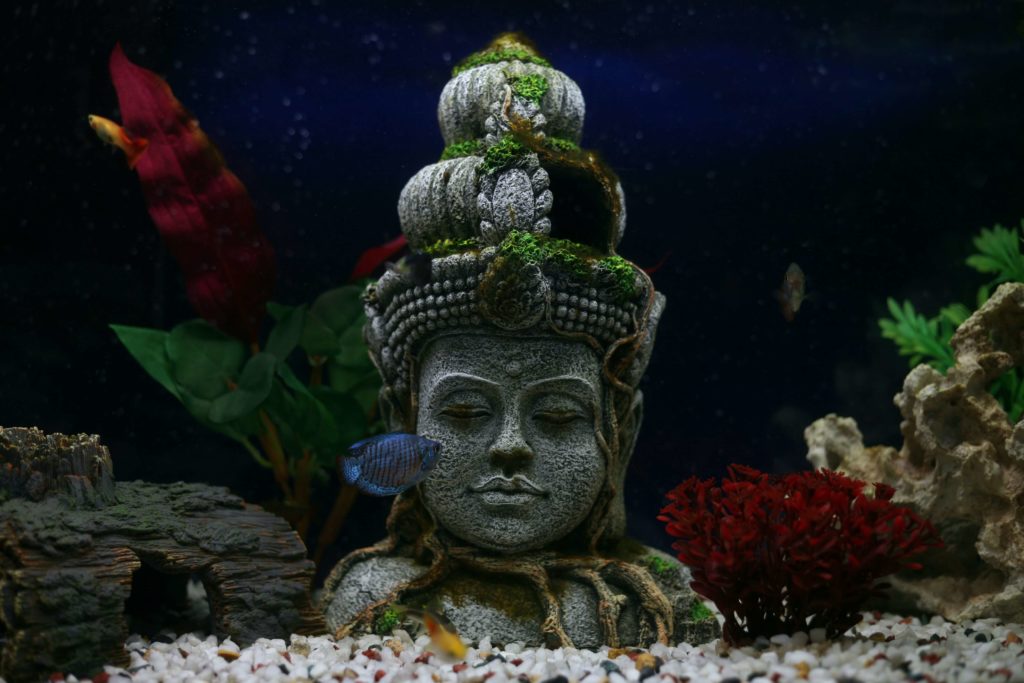 A fish’s behaviour is influenced by its experiences during early life, such as its ability to navigate and respond to predators, as well as adaptation to its environment. However, in the case of captive environments, their experience is relatively uniform and non-demanding, which reduces their learned and adaptive behaviour. Captive-bred animals, in general, have less diverse and flexible behaviours, with some areas of the brain being reduced and less active in comparison to their wild counterparts. This presents a challenge when captive bred animals are intended to be released into the wild as part of conservation. Fish may be reared in captivity for stock enhancement, stocking for angling, research, food production, conservation, and for ornamental fish keeping.

Studies on captive rodents indicate that captivity negatively affects neural development and neural plasticity (the ability of the nervous system to change and reorganize itself), whilst environmental enrichment (EE) has the opposite effect. Environmental enrichment refers to the increase in complexity of the rearing environment to reduce unwanted and abnormal traits in animals raised in environments with limited stimulation. It promotes flexible behavioural responses and improves cognition in animals intended for release, which improves their survival rate on release. Some areas of behaviours affected include: social learning, energy expenditure, foraging abilities, navigation, aggression, shoaling response and recovery from stressors.

Environmental enrichment should be suitable to the species and life stages of animals. There are different types of enrichment such as physical, sensory, dietary, social and occupational enrichment. Physical enrichment involves additions to the environment to make it more structurally complex. Structural complexity is a key feature of EE, considering that in the wild most fish species have some association with physical structures for foraging, sheltering or spawning. Sensory enrichment involves stimulation of the sensory organs and brain. Different food types and feeding methods provide dietary enrichment. Providing contact and interactions with members of the same species provides social enrichment.  Introducing variation to the environment and providing opportunities to exercise provides occupational enrichment.

There are different goals to EE in display aquaria, animal welfare, food production and research and fisheries management. For the purpose of this article the use of EE in welfare and display aquaria will be explored further.

There are differences amongst human cultures on what is appropriate or not concerning welfare. Welfare can be viewed in terms of function, feelings and being nature based. Looking at function, a fish should be able to adapt physiologically to its captive environment so that its biological systems can function. The feelings based view on welfare looks at the emotional experiences in its environment, where the aim is to reduce negative stimuli and increase positive stimuli. Studies have shown that fish experience pain, fear, frustration and anxiety, which are usually evaluated indirectly from behaviour rather than physiological factors, because it is unclear how changes in these factors are linked to subjective feelings. The nature based view encourages an environment that allows fish to show natural behaviour which includes disturbances such as the presence of predators as well as aggression from other tank mates. Making the environment more complex, structurally, introducing variation and live food encourages the nature based approach. The nature based view is more useful for conditioning fish prior to release into the wild.

Display aquaria are usually used for conservational, scientific, recreational or educational purposes, and the goal of EE is usually to promote welfare, natural behaviour, provide aesthetic appeal to human spectators and to attract fish to areas of the tank to increase their visibility.

Examples of different types of enrichment: in ponds, natural variability, live prey, predation, and the use of various structures may be used.  The use of tank covers in some species and settings can promote welfare by blocking out environmental stressors and provides preferred lighting. However, in other species and environments it can be viewed as a form of EE since it provides varying light intensity and a choice of sheltering from the outside environment. Physical structures like artificial objects, stones, roots, logs, plants, algae, sand, sessile animals, ice, etc. can be used, which provide shelter, allows the evasion of predators or for predators to ambush prey; and protects fish from strong currents. Physical structures can be used in combination with other types of EE: variable water current and depth, various submerged structures, underwater feeders, natural food and simulation of predation. Pipes, tiles and non-buoyant plastic strips may provide hiding spaces, whilst entangled plastic strips or nets may be used to avoid cannibalism and aggression.

The relevance of toys in fish environments is unclear even though play behaviour has been observed. Incubation substrates may be used to mimic the natural environment for hatchlings. Tank floor substrates are beneficial for bottom dwellers, since they reduce injuries for those species that rest at the tank bottom. Tank substrates also provide the opportunity to learn burying behaviours, interact with the benthos and provide a hiding place from cannibalistic tank mates. It is also important to note that bottom substrates may lead to poor environmental conditions and the increase in pathogens due to poor hygiene, related to cleaning challenges with such substrates.

Introducing environmental variability stimulates learning, cognition and the development of resource defence by providing a healthy psychological challenge and simulating the wild. This can be done by changing the position of structures over time and as well as food availability. Note that this may stimulate adaptive behaviour which is desirable or may cause neophobia, so close observation is important.

Potential problems that may arise with the application of EE may include:  neophobic reactions highlighted above; the accumulation of food debris and faeces which requires increased manual labour or the use of bottom filters; some structures serving as vectors for pathogens; and leakage of hazardous chemicals, for example phthalates from PVC can lead to toxicity.  Unsuitable types of enrichment may injure or stress fish, for example loops, holes and crevices may cause body entrapment and suffocation.  Territorial behaviour and aggression may result if too few EE structures are present. Species in artificial environments become accustomed to living closely with structures and their presence or absence influences growth, behaviour, physiology and welfare. The effect of a shelter varies with the species it is used for, some may reduce growth rates and time spent foraging and detecting food.

There are numerous considerations to consider when using EE, but an important take-away message is that it is important and necessary in artificial environments and captive animals.