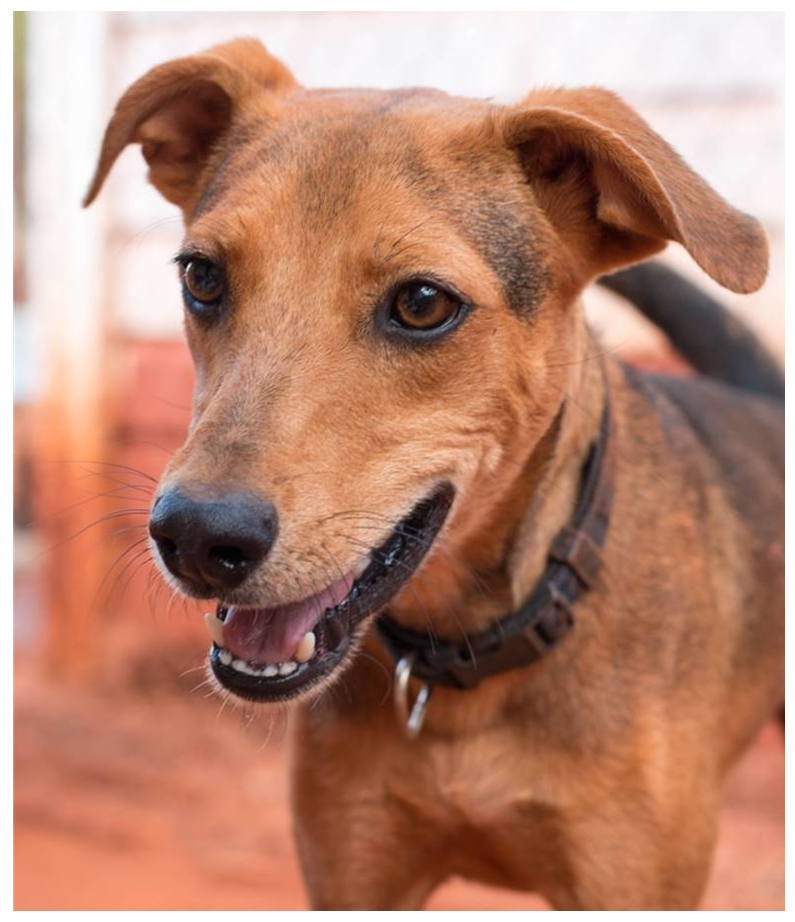 I may not be pure breed,

Not exactly a Yorkie or a Poodle or even a Pitbull

I might not come from an upper class  family…

But one thing is for sure!

I have a heart of gold and I am super sweet.

I have a soft nature,

I am gentle with other dogs and am always friendly,

I am alert, playful and I will definitely be your best friend,

Please pop in and meet me for yourself!

Rescue animals aren’t broken, they’ve  simply experienced more life than other animals. If they were human we would have called them wise. They would be the ones with tales to tell and stories to write, the ones who were dealt a bad hand and responded with courage.

Pote is one of those special angels at Wollies.  He arrived at Wollies when he was a puppy, so tiny, underweight and extremely sick that we never thought that he would survive. But with much love he pulled through.

This is the history of a very special dog called  Pote. He is one tough little survivor!

Pote and his friend were dropped off at the shelter in 2015 when they were only a few months old.  Both of them had the Parvo virus and had to be rushed to the vet. Unfortunately his little friend was just not strong enough and passed away. Not many animals survive this deadly virus.

After spending a long time at the vet, Pote returned to the

shelter where everyone felt sorry for him because he was such a tiny little thing. He was not coping well in the

kennels with the other dogs. They were always picking on him and bullying him  because he was so skinny.

Our only other option was to put him in our cattery and boy, did he have a royal time! He was the only doggy amongst 230 cats. Pote spent his days in the cattery and at night he slept in a kennel. Believe me when I say that nobody will ever complain about spending their days in our cattery. They get treated like royalty!

Soon the little rascal decided it was more exciting and entertaining to chase the cats. We could not allow this to happen so we had to move him out of the cattery.

One of our workers, that stays on the property, took Pote under his wing with other dogs that could also not cope in the kennels. They were spoilt rotten – sleeping in the bed and being taken for long walks. These doggies knew it was time for a walk when they heard a specific whistle. Running like kids through the long grass and obediently returning when they heard the next whistle.

Unfortunately, things did not work out for Pote and his friends and they had to be moved back into the kennels.  All the other doggies were lucky and found homes while Pote remained in the kennels. This affected him very badly, he did not understand what was happening to him.

Then fortune came along, Pote was adopted and we all celebrated. Sadly, this didn’t last long. You see, Pote was reminded of all the fun he had  in the cattery chasing the cats. The family that adopted him had cats so this home didn’t work out. It was heart- wrenching when he was brought back to the shelter.

Once again, Pote had to placed in a kennel with other dogs. He was still so tiny and being bullied by the other dogs, We were moving him from one kennel to the next. If you know Wollies, you know that we don’t keep the dogs in small enclosures.  Instead, we have large runs with place for the dogs to move and run around with a few dogs staying in an enclosure.

When a new dog arrives at Wollies, they are first put in a holding kennel where they are vaccinated,        sterilized and dewormed. As soon as we feel they are ready, once we have established their temperament with other dogs, we introduce them into an enclosure with other dogs.  It is very important that they are placed with dogs that they will fit in with. Sometimes we have to move them around to find the perfect place for them.

Pote has been in the same kennel for a while. The only consolation is that he managed to make friends.  It’s sad that Pote knows no home other than his kennel and it is visible that this is depressing him.

Pote receives special treatment because he is so thin and battles to pick up weight. He is taken out of the kennel everyday and given a tin of food just for him.

It breaks our hearts to watch, when he is finished eating and without anybody saying a thing, he sadly walks back to his kennel and waits for someone to open the gate.

Pote is a very special boy that is very playful when you give him the chance and show him love. He is extremely loving and any home would be very lucky to have him in it. He creeps so deep into your heart!

Please give Pote a chance at finding his very own forever home!