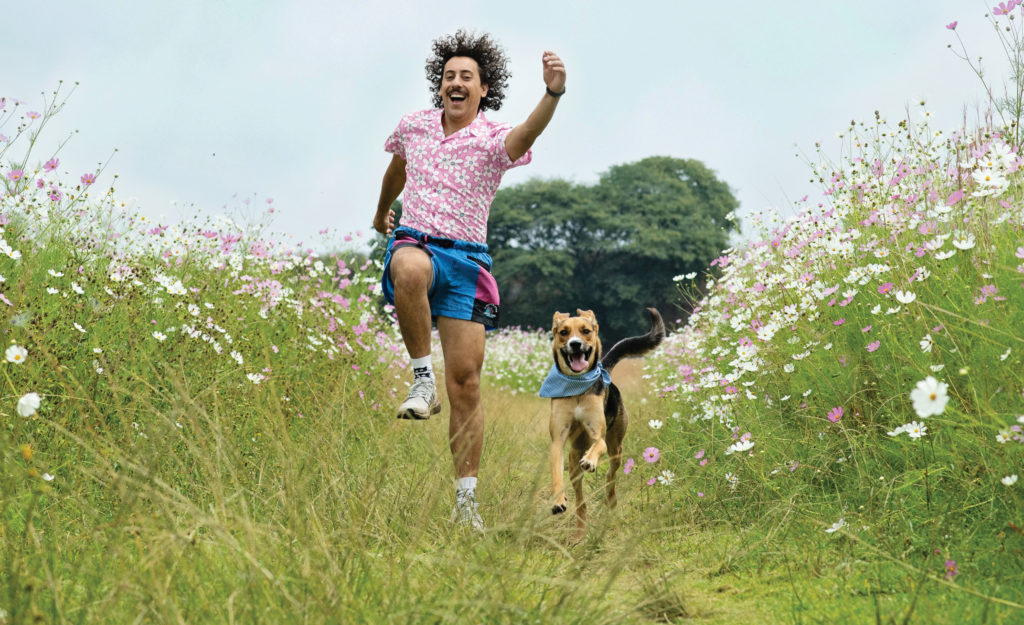 Being a funny guy and being a comedian are two very different things. Most people assume that someone in the profession of comedy is just a funny guy who hears jokes and tells them to their audience. The truth, however, is that nothing could be further from the truth. Comedians are some of our most intelligent counterparts. The slightly twisted truths they tell are funny because they hit home and are so well constructed that we don’t even realise that we are listening to a speech that is exactly that… constructed. We dismiss the jokes for wittiness and quite honestly, sometimes don’t really think about exactly how valuable the information is until we think about it the next day. Politics, the royals and the economy are, amongst others, topics that feature in all the sets of the mainliners we love. They don’t shy away from the things that make the average person uncomfortable. They talk about their, and everybody else’s, feelings, financial situations and even bodily functions; things you would rarely discuss to someone you know, let alone an auditorium of 2000 people, or the internet.

Schalk Bezuidenhout is and has been a household name for many in South Africa for several years now. He features on television series, commercials and loves working on stage. His lifelong passion has always been that of entertainment. From formulating elaborate stories about his mom being a spy while he was growing up in an Afrikaans neighbourhood in Kempton Park, to finding ways to watch his favourite comedian, Casper de Vries, at his friend’s house because he was too young for the show’s age restriction to watch it at his own house. There simply was never another choice when it came to what Schalk wanted to do with his life.

Schalk started out his career with smaller parts and learning from his peers and idol, Casper de Vries, while they collaborated in a show called “Schalk en Cassie hou konsert.” From there Schalk went on to study Drama at UCT and scored his first stand-up gig at a strip club.

Sometimes, you need to do what you have to, to make it in the business of comedy. Schalk joined us in Delta Park donning his best 80’s inspired ensemble, consisting of a button-down short-sheeve floral shirt with polyester-mix shorts, moon bag and characterful cat socks with sneakers. This style is what’s made Schalk one of the most noticeable characters in South African entertainment. This, along with his wild hair and moustache has become his signature look.

I asked Schalk what his most memorable show was. “That’s difficult. There have been so many. If I had to choose one, I would say opening for Trevor Noah was very memorable. We stayed at Monte Casino for a month and had a show every day. Walking out on that stage was amazing. People were shouting and screaming, and I felt so welcome. But, doing one-man shows are also amazing, because you know the audience is there to see you. I’ve been very fortunate to be so well received.” Schalk has also become a “dog dad” in the last year and has been showing off his pride and joy all over social media. Otis, the lucky pooch who gets to listen to Schalk’s jokes all day, is a rescue from Dogtown and was taken in by Schalk and Mica just as lockdown started in 2020. Being busy individuals who must travel a lot, Schalk and Mica decided to not adopt an animal until they felt the time was right and they had enough time to spend with them. Lockdown was exactly the opportunity, since both would need to be home for three weeks and they could help their new puppy settle in.

When adopting a puppy from a rescue, you’re never quite sure what you will be getting, and Otis is a prime example of just how many breeds can be mixed into one dog. His colouring suggests a bit of German Shepherd, his build points toward a Sighthound, but his Mutt Mix results have come back with a host of other names, including that of a Yorkie and Chow-chow. This, however, doesn’t mean a thing in the Bezuidenhout home, where Otis is loved for who he is and accepted for all the diversity he brings to the table.

Just like Schalk, Otis is an only child. He spends his days lapping up attention from his mom and follows her everywhere. He gets taken to school in the morning, where his dad picks him up after running his errands. His favourite thing to do though is to go for a walk or a run. The park is where you get to sniff flowers and play with sticks and bugs. What pup can resist?

Otis definitely has the best life a dog can ask for except when his mom needs to go away for a work trip. “His biggest nightmare is when Mica needs to go away for work. Otis will sulk as soon as he sees that suitcase come out of the closet. He will mope and look at you as if you’ve taken away the best present you’ve ever bought him. He will get under the covers and lie on our pillows and when that doesn’t work, he will start taking things out of the suitcase just to prove his point. He is a real mommy’s boy.”

As a first-time pet-owner I wanted to know what surprised Schalk the most about being a new “Dog Father”. The answer: “I didn’t know just how much I would love Otis. I remember driving around with my manager, Erns, and I would listen to him talking to his wife about going out or going to a braai and it would turn into these lengthy conversations about whether the dogs would be able to go along and if they did not take the dogs, they would only be able to go out for three hours or something like that. Then one would say; ‘Oh no, but they don’t get along with that couple’s dogs, so maybe we should only take one of the dogs, because those two get along’. I thought they were a little crazy! But now I get it. It’s a perfectly logical conversation to me now.”

I thought this was quite the fitting answer for Schalk and Otis since they were turning heads as far as we walked. From a personality point of view, Schalk is a pretty serious person and can be quite deep at times. So, I asked him if he had the chance to do it over, would he adopt Otis again? “Absolutely, we love Otis and I couldn’t imagine our lives without him. If anyone considers adopting an animal, they must always consider where they are in their lives. If you are adopting a dog to just have cute pictures on Instagram, you should leave it. They must be a part of your life and you should consider all the things that come with owning a pet. Leaving a pet alone at home all day, for instance, is not okay. I feel really strongly about the fact that people should evaluate their lifestyle before bringing a pet into it. That said, it is one of the most rewarding experiences imaginable, and I would definitely recommend adopting a dog or cat if you find yourself in a situation that allows for it.”

It’s quite obvious to me that we will be seeing a lot more of Schalk and Otis in the future and I really hope that Schalk works on some material to highlight what it’s like living with a rescue dog. At the moment you can catch Schalk on stage with his stand-up show called “Feeling Good’. This is something that Schalk’s been working on for a while and he is very proud of. He is performing around the country and it is definitely worth the trip. The groups are small and the venues well-spaced. Don’t miss out on catching this one!