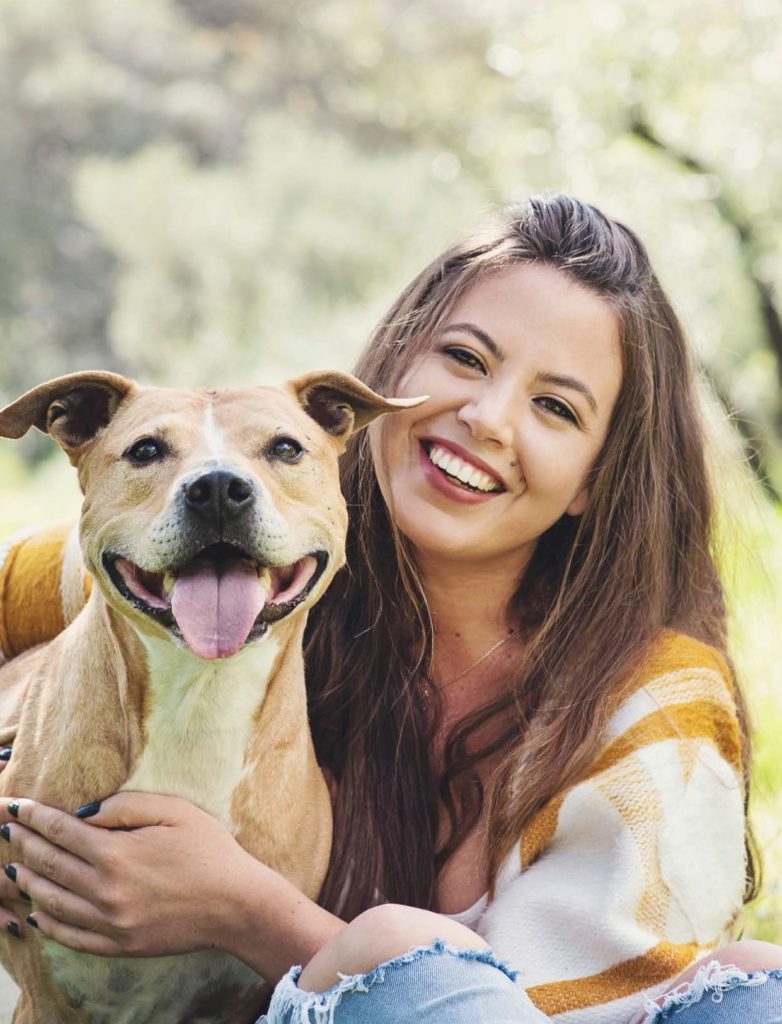 We all follow someone online that seems to have it all together. They sport motivational quotes and post photos of swimming naked in the
ocean on a Monday morning. – It’s part of all our personalities to dislike these people just a little bit. And to be fair, it’s not dislike, it’s envy because we would all love to live as care-free as these people look. The truth, however, is never that simple.

Enter Dune Spencer-Ross, an Insta-celeb that really cares about the content she posts. Her Instagram account @duneslife has followers from all over the world. Carefully crafted content provides for a refreshing view on life. Fitness, health, mindfulness, and animals make up a large part of the account. The images are beautiful and edgy, and she doesn’t shy away from her sexuality or body image issues.

We met Dune at our calendar shoot in Cape Town a few months ago and it was amazing to meet someone with an amazing following who is so down to earth. At only twenty-seven years old Dune has an impressive resume with experience in many fields, including entertainment and fitness. As a qualified yoga instructor and health coach, she hosts corporate wellness workshops and consults on the overall health of clients who procure her services.

One of her biggest passions, however, is animals. As a child, Dune grew up in the suburbs of Cape Town.
Refusing to be the stereotypical girly-girl, Dune was the teenager catching escaped Toranchula’s and bringing home any stray that looked like it needed assistance and even though she has beautiful curves and long dark locks, this lady is still not to be messed with. It’s very obvious when you meet her pitbull-trio.

Any professional will tell you that the ownership of a pitbull is no easy task. They are high energy, intelligent and can be quite destructive if not trained and exercised. Taking on three, well that’s just down-right brave!

“There was this spider on the loose in the streets of Durbanville and I was like, Oh my world, this spider is going to get squished, I have to go catch it. So, I ran out with my Tupperware to go and catch the spider.

The evening my mom got home and there was this fi tank with a brick on it… my mom called me to show her what was in it and needless to say she wouldn’t let her handbag stand near this tank!

We eventually took the spider to the monkey park outside town where they cared for it and it was safe.”

THE TRIO
Charming – “I’ve been going to DARG for two weeks walking dogs, and I saw this tiny little shadow in one of the rooms. I went in and there was this little bag of bones. He was so scared and shy, and I just knew immediately, it’s like he chose me. I ran to the front offi . He had just come in 2 days earlier, so they had to search for the information of who he was and where he’d come from.

He had not been tested with cats or anything. But I knew that we were meant for each other. He was about three or four years old at the time. Apparently, he had a bone stuck in his jaw when they found him, and he was basically starving because he couldn’t eat or drink. So, once I took him in he filled out really fast. That was in 2013. He had extreme anxiety when I took him in,
and I couldn’t leave him alone. But we worked through that. He needed a lot of attention and care”

Quinn – “When we got Charming, we realised that he was a township dog and was used to socialising, so we wanted to get a friend for him. One day I was on Facebook and I saw a post from LEAPS. It was Quinn. Again, that little voice was there, saying that I had to meet this dog. Quinn was just under two years. I called them up and the next day we went to meet her. She was like a little Tasmanian Devil. They were struggling to place her because she had so much energy. But Charming just had these big heart eyes, like a cartoon, and I just couldn’t resist. We had to take her in.”

Bamboo – “She’s the youngest. I’ve always fostered while growing up with my mom and Bamboo was the only puppy left from a rescue mission where we were trying to rescue a litter of puppies from a back-yard breeder.

She was in a state and spent the first two weeks we took her in on rehydration drips and the vets told us not be too hopeful, but she made it. She was meant to be a foster but as all things go, if it’s meant to be, it will be.

At this point, we were living in a one- bedroom flat, now with three big dogs. We had to make a decision to either move into a bigger place or have her adopted. We got a bigger house.”

LIVING YOUR BEST LIFE
As a holistic adviser on everything lifestyle, Dune’s one core piece of advice is to listen to your body and get enough sleep. Hydration and eating healthy, of course, also play a great part in being healthy. As a personal trainer and sports scientist, she understands that it’s not just about the physical aspects of life that makes you successful, but also managing stress and a work/life balance.

A DAY IN THE LIFE OF DUNE
“There is no routine. I always try to start the day off with puppy cuddles around 6 am and then breakfast. While the pups are eating, I’ll attend to some emails. Once that’s done, we will go to either the beach or do a trail run. I love trail runs and it really helps with the dogs. They are an active breed. And from there we will start the day by either doing shoots or seeing clients or building on a creative project.

On our photo shoot, we also got to experience some of the behind-the-scenes magic of how Dune approaches a shoot. There was very little hesitation when we asked Dune to get up on the slippery rocks of the waterfall at Cascade Country Manor Hotel and Spa. She did a little head tilt and off she went with a smile.

I know this was one of Emma’s favourite shoots because no matter how many times we asked for a retake of the shot, Dune never looked annoyed and selfl sly went for it.

It’s a real treat to work with someone that professional and patient. That might also be why she’s the ideal Pitbull mom. Classy, sophisticated, and bubbly are just some of the things that come to mind when you look back at these images and recall a hotter than expected Sunday afternoon in Paarl. We look forward to seeing more of this Dog Mom and her unbelievably adorable pups.