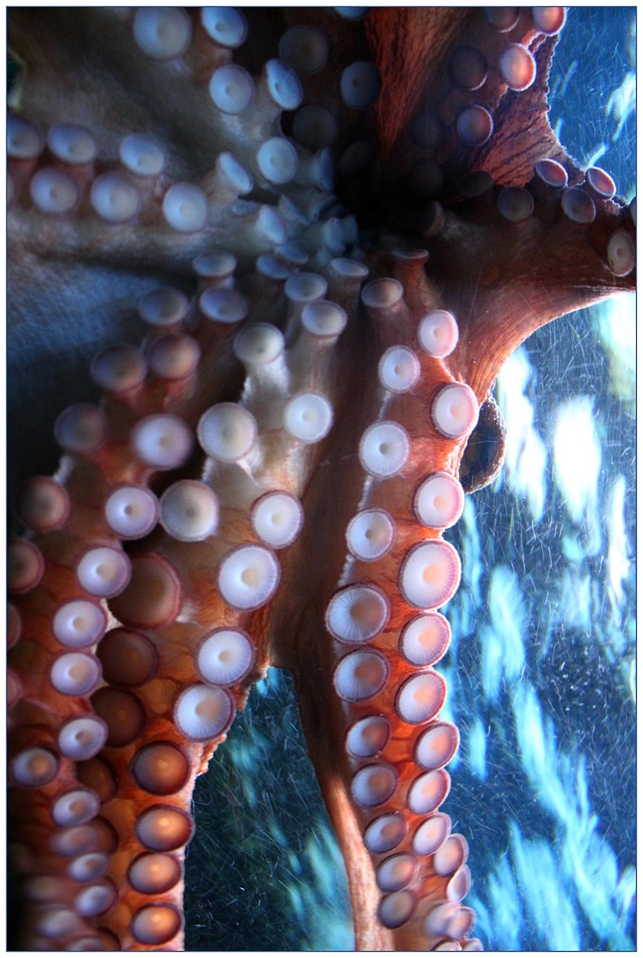 The name octopus is derived from a Greek language and means eight-footed.

The oldest known octopus fossil belongs to an animal that lived some 296 million years ago.

The 300 or so species of octopus alive today are divided into two groups, the Cirrina and the Incirrina.

The Cirrina (also known as finned deep-sea octopuses) are characterized by the two fins on their head and their small internal shells.

The Incirrina (benthic octopuses and argonauts) include many of the better-known octopus species, most of which are bottom-dwelling.

Most are pelagic, meaning they live near the water’s surface, in shells, reefs and crevices.

Some species live on the floor of the ocean, making their homes out of caves.

Octopuses are invertebrates, which mean that they are boneless.

Since octopuses don’t have an internal or external skeleton, it’s extremely easy for them to squeeze through the tiniest of holes to escape predators.

An octopus loses its shape when it is taken out of the water.

All octopuses have a head, called a mantle, surrounded by 8 arms, called tentacles.

Vital organs are located in their head.

The octopus is covered by three types of specialized skin cells that can quickly change their colour, reflectivity, and opacity, allowing this invertebrate to blend in with its surroundings and become invisible.

The only hard structure in their body is their beak (which they use for eating) which looks like a parrot beak.

Some species of octopuses hunt at night, while others only hunt at dusk and dawn.

Octopuses are carnivores, which means that they are meat eaters.

Meals can include clams, shrimp, lobsters, fish, sharks and even birds.

Females retreat to lairs where they lay their eggs and guard them until they hatch. She will die of starvation, because she will not eat for three months (the time needed for eggs to hatch).

A baby octopus is almost the size of a flea at birth.

When they hatch, baby octopuses are called larvae.

After hatching, small octopuses will float for a short period of time with plankton and then swim back to the bottom of the sea.

Octopuses live from few months to few years, depending on the species.

An octopus will typically drop down on its prey, envelop it with its arms and pull the prey into its mouth.

Octopuses have suckers on their arms. These suckers have sensory receptors which they use to sense taste.

These cups also assist with their ability to smell.

Using strong suction cups (around 240 on each tentacle), they hunt crabs, molluscs and crayfish.

If a predator grabs them by any tentacle, they will divest themselves of this tentacle, with the predator.

Octopuses have the ability to re-grow severed arms, due to an influx of the acetylcholinesterase protein, which is produced during the re-growth process.

They have 3 hearts – one that pumps blood through this cephalopod’s body (including its arms), and two that pump blood through its gills, the organs that enable it to breathe underwater, by harvesting oxygen.

The heart actually stops beating when the octopus swims, which explains the species’ penchant for crawling rather than swimming, which exhausts them.

Although they are invertebrates, they have incredibly well developed nervous system and can learn various things.

They can develop both short- and long-term memory.

Some experiments have shown that they can solve puzzles and distinguish shapes and patterns.

In other experiments, arms severed from an octopus’s body jerked when researches pinched them. This is because two-thirds of an octopus’s neurons reside in its arms rather than in its brain.

Some people believe that octopuses feel pain during an operation and demand the use of anesthesia during surgery.

Octopuses are mainly famous for their ability to escape predators using various techniques.

When threatened by predators, most octopuses release a thick cloud of black ink, composed primarily of melanin (the same pigment that gives human beings skin and hair colour).

The ink also contains an enzyme called tyrosinase, which causes blinding irritation when it gets into another animal’s eyes.

The cloud of black ink serves  as a visual “smoke screen” that allows the octopus to escape unnoticed; and it interferes with predators’ sense of smell (sharks, which can sniff small droplets of blood from hundreds of yards away, are especially vulnerable to this type of olfactory attack).

Some octopuses produce a very potent toxin that can stun the prey or hurt a man.

Every octopus species has venom proteins in its body, which it delivers to its prey through biting with its beak.

Because they are feisty and competitive, octopuses in captivity are generally kept in separate tanks.

The giant Pacific octopus is the largest octopus. They typically grow up to 5 meters long and weight around 50 kg, but one was recorded to weigh more than 272 kg and measured 9.1 m across, according to National Geographic.