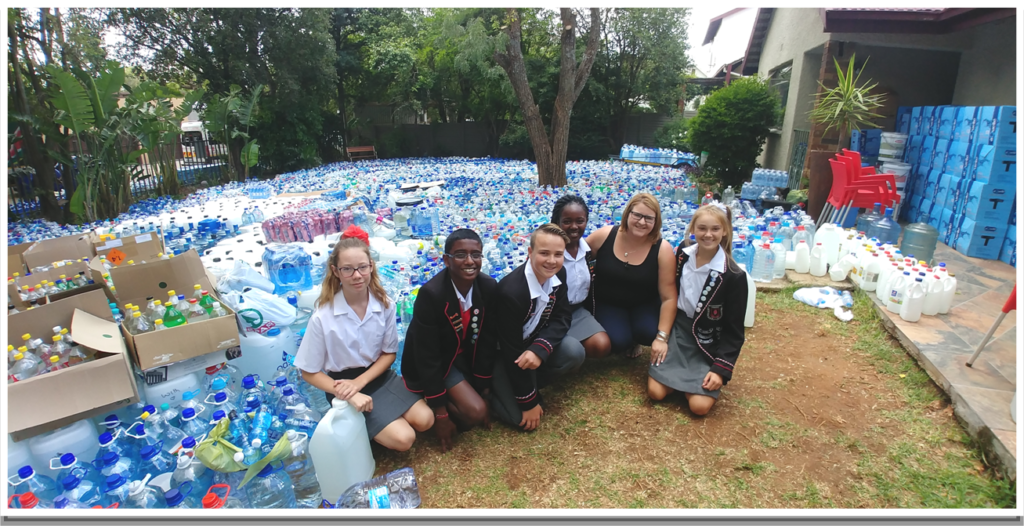 One Small Act Of Kindness

“One Small Act of Kindness” was founded by Kelly-Ann Van Der Meer in June 2016. “I wanted to help change the world, one small act at a time.”

The idea to start the Facebook page came into my imagination one Sunday evening,  and I seized the moment right there and then, and the page and the charity were born.

The first thought was to fathers in old age homes and shelters that had nobody coming to visit or concern themselves about these fathers.  I  wanted to ensure that they would receive some chocolates and socks, and to make them feel that they have not been forgotten, there is someone thinking of them.

Following this we have assisted with more than 52 acts in the last year. The list of beneficiaries include babies, old age homes, nursery schools, sanitary drives, animal shelters and on and on and on. We have many different drives on the go throughout the year.

We have 4 dogs, a cat, a fish and a parrot, which make our house a home, with their differing personalities and traits. We also foster animals for various organisations, so fresh drinking water is important.

Knowing that some animals may go without water was a concerning thought and we worried what would happen to them, hence the drive for water for animals in Cape Town  as the water situation would most certainly affect the animals first.

Initially, we thought that we could possibly manage to collect 8 tons of water and were overwhelmed by the  response we had over the first four days of the initiative, as we exceeded 70 tons. After the first       collection had been orchestrated by  “Gift of the Givers” we knew that, with the community’s help, we could make a BIG difference, and we did just that.

With our collection points in  Johannesburg and  Durban,  we collected over 145tons of water. 3 trucks have already made their way to the Cape, arriving  on Monday the 19th of February.

We have been collecting water since the end of January. Our garden is FULL of bottled water. It’s amazing and heart warming to see people coming to our house to drop off water or their  donation, and landing up teary and overwhelmed.

Our next water drive will be from 28th February till the 4th of March.

We are so grateful and thankful to the community members and companies, who have been involved in assisting the animals in need. Without the help of these amazing people this would not have been possible.

Special Thanks to “The Pool Team” for making all their shops in Pretoria and the greater Johannesburg available to us as drop-off points and then transporting the collected water bottles, with their vehicles, to our premises.

There are many large corporate companies and small businesses, as well as schools across Gauteng who have gotten involved and approached us during this drive, wanting to make a difference and wanting to assist with the crisis that we, as a country, are facing.

And then… none of this would have been possible without the help of the transporters, assisting us in   delivering the water. A big thank you to “Gift of the Givers”, Myriad freight and Bidvest, too, for       transporting our water so far. Words can not describe the feelings on seeing the trucks leaving, and then arriving at the destinations.