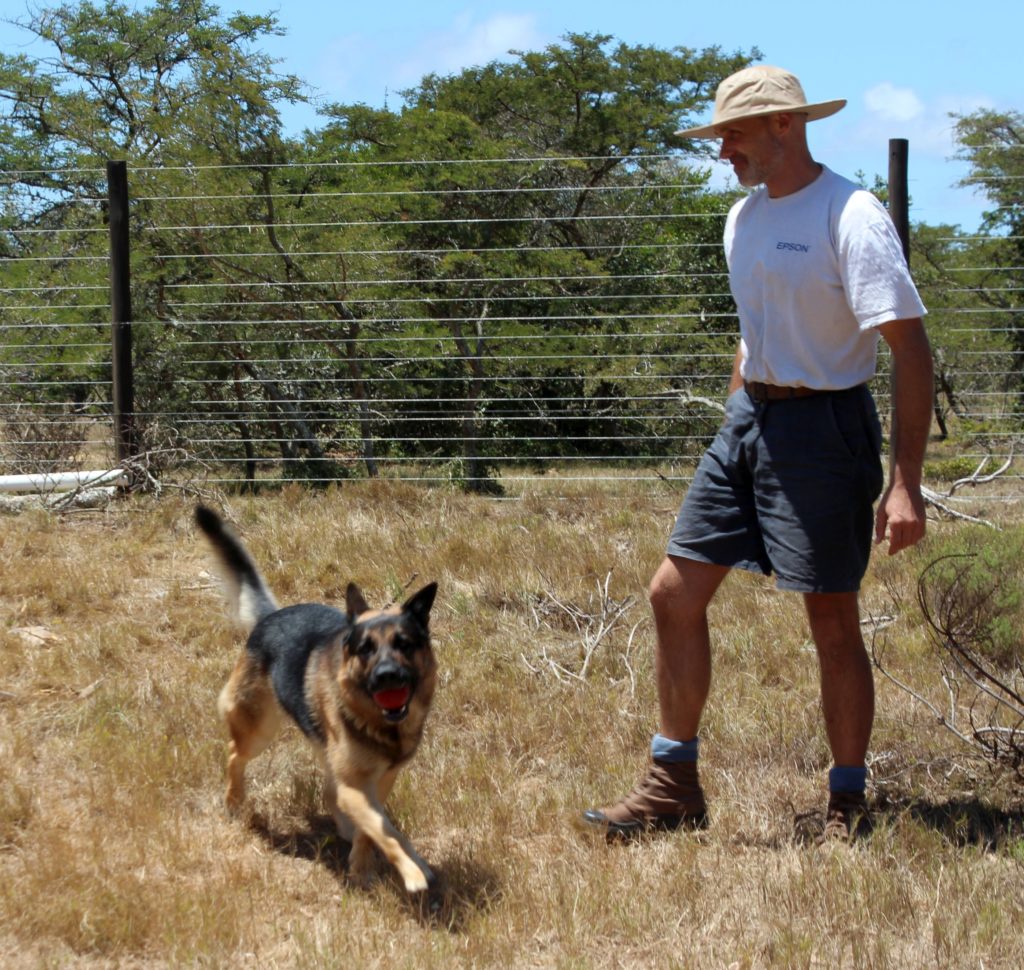 With the aim of not only taking in the usual waifs, strays and cruelty cases, but also to honour dogs who dedicated the majority of their lives to the service of mankind, an unusual rescue centre, Retreat  2 Eden, was founded on a sprawling 43ha farm in the Southwell area of Port Alfred six years ago.

The brainchild of Johann and Lynne Wilhelm, the resultant haven is brim full of dogs, chickens, sheep, horses, pigs and even a goat, all of which are allowed pretty much free range of the property.

Outlining why the couple decided to dedicate their lives to saving animals, Johann said: “Service dogs are life’s unsung heroes, but not at Retreat 2 Eden. These dogs are the very essence of our K9 Heroes Programme.

Many of them battle to find homes. With very few exceptions, the handlers cannot take them in when the dogs have outlived their usefulness as a working dog.

But for us, these dogs were heroes during their working lives, and we feel they deserve to be honoured for that when they retire. That is the very essence of Retreat 2 Eden.”

For the main, the inmates all get along, with the exception of the odd scrap, which is hardly surprising in view of the fact that around 80 animals live at the sanctuary at any given time.

And yes, there are cages, but they are always left open, a safe retreat for the dogs, most of which have never known any other kind of life.

Some, however, are too aggressive to be integrated immediately, and this is where community support comes in.

“With the aid of Rotary, The Lions and Interact in Port Alfred, we were able to build three large enclosures, set up for high-risk rescues. They are currently home to Ceazer and Phantom, two beautiful German Shepherds, who are slowly learning to lose their aggressive streaks and also learning to play like puppies again,” Johann says.

“But this particular case was not easy – and I bear the scars to prove it.

“Early into his stay, Ceazer wanted to go into the house, so I blocked him with my leg. He turned on me, biting my wrist down to the bone. There are other scars from where I had to protect myself from him going for the jugular. My hand was out of action for a month.”

Despite this, and where others might give up in the face of defeat, Johann stands firm.

“These dogs’ lives have been saved by community involvement. They are an integral part of life at Retreat 2 Eden. I will continue with their rehabilitation until they can be released to mingle with the other dogs.”

While the K9 Hero programme’s aim is to socialise dogs and then match them with potential fur parents, it is not always possible, and some of the dogs will see out their days at the rescue centre.

“When dealing with ex-service dogs, there are many aspects which have to be considered. They have lived in cages and know nothing other than the aggression that is often demanded of them. We accept that they needed to be aggressive to do their jobs and have to patiently re-train them,” Johann says.

The love that Johann and Lynn have for animals, large and small, stretches beyond dogs into abused and neglected horses which, where possible, are healed physically, mentally and emotionally before being rehomed.

Of course, running such a venture comes at a huge expense to Johann and Lynne, who have sunk their life savings into the farm which, until recently, was a 100% funded by the selfless couple, who do not even draw a salary.

At this stage, through community involvement, the centre is now only 87% funded by the couple, with donations from the Port Alfred community, including cricket balls for  Ceazer and Phantom, and offcuts of food from local restaurants, helping to ease the burden.

“A lot would not be possible without the help of the Port Alfred community. We also have a family of pigs, which had gone feral, who have almost too much food,” Johann said.

However, much more help is needed for the Wilhems to achieve their overall ambitions for the farm, with plans including:

“At this stage, one of us always has to be on the property, which means that Lynne and I have never been to the beach together. If we had a manager that could change. Now that would be something really special,” Johann said.