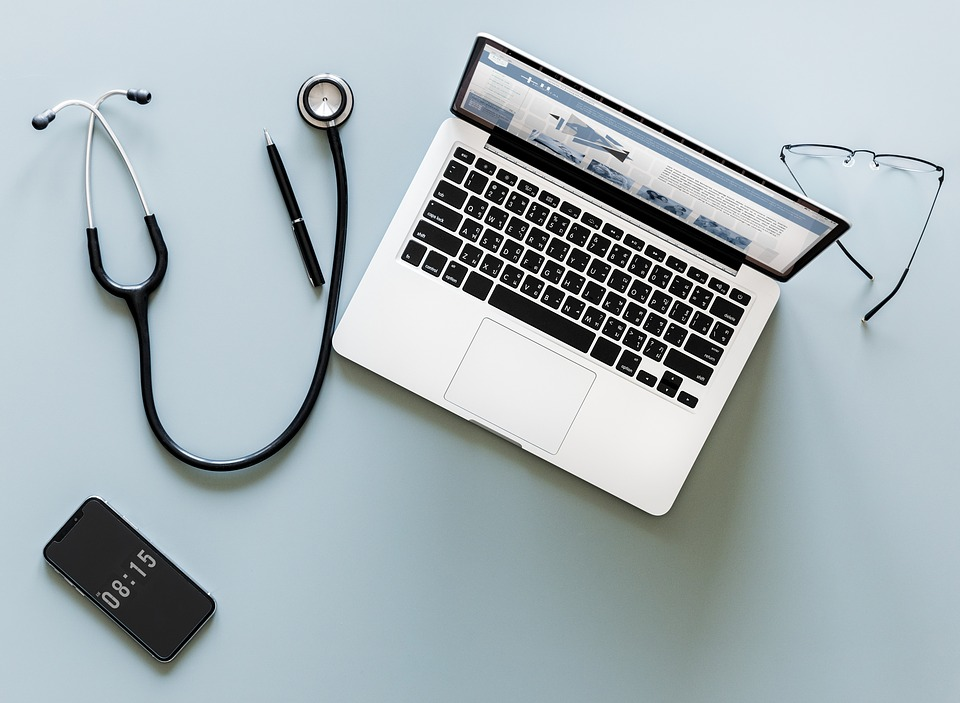 I have a dog who licks the couch and our bed. If we don’t stop her (as we don’t always see it) she just carries on until it is a big wet spot. If we see her and tell her to stop, she stops immediately. Can this be obsessive behaviour or can there be more reasons as to why she does this.

Licking of objects with increased frequency and duration is referred to as Excessive Licking of Surfaces (ELS). While this may be a behavioural disorder, it’s possible that an underlying medical condition may be the trigger factor. Interestingly, a study in Canada involving 19 dogs with ELS; 14 of the dogs were found to have an underlying gastro-intestinal issue, and in just over half of the affected dogs, the ELS resolved with appropriate treatment. While this is only one study, it does highlight the importance of investigating any underlying medical cause for abnormal behaviour. Diseases that have been linked to ELS include: intestinal parasites, food sensitivities and foreign objects in the stomach.

Any dog with ELS should ideally be seen by a vet for faecal analysis to determine the presence of any parasites, and a diet trial may be warranted. There is also medication available to help treat obsessive disorders in dogs, but these should never be considered until all other potential causes of the behaviour have been eliminated.

We are planning to adopt an adult cat. What will be the best way to introduce our cat-friendly-dog to our new family member to make it as stress–free as possible so that she doesn’t scare and run off?

Before introducing your new cat to your dog, you must first ensure that she is accustomed to her new home. The easiest way to do this is to lock her in her own room, where the dog will not have access. You will know she has adapted when she begins to eat, use the litter box and clean herself normally. This could take a few days to happen. Once she is settled in, the introduction can begin.

Before the actual meeting, it’s a good idea to start “scent swapping”. This means exchanging bedding or other items that would allow the cat to familiarise herself with the smell of her soon-to-be house mate. It’s also very important that you know how to control your dog with a leash and treats.

For the actual meeting, it should be in an area where your cat can retreat back to her safe space if she is scared, so, practically, a room in the house (other than her “safe” room) would be best. During the meeting, if your dog starts to get excited, distract them with treats. If the first meeting doesn’t go well, don’t be discouraged, but try again the next day. This process may take time depending on your animals’ personalities.

We would like to adopt a puppy in December, and make the transition in to our home as easy as possible. At what age should the puppy be sterilised? Our friends adopted a puppy that was already sterilised at 12 weeks, but other friends say their vet refused to sterilise their German Shepherd before six months. Is there a reason for that? Does it depend on the breed or size of the dog?

This is actually a much more difficult question than it initially appears. Traditionally, the optimal time to sterilize a dog was thought to be at 6 months. In females; spaying before the first heat, offers a significant reduction in the chances of mammary cancer later in life. This reduction in odds is diminished with each successive heat cycle. Additionally, spays in younger animals tend to be easier surgeries, with fewer complications and faster healing, compared to spays in older animals. There has, however, been some evidence to show that earlier spays and castrations may predispose to joint problems later in life. This could be concerning, especially in working dogs or in large breeds that are already well known for joint issues.

Personally, I always recommend sterilization as a part of responsible pet ownership, as there is such a problem with overpopulation. However, the age at which you feel comfortable having the procedure done is something that you should ideally discuss with your regular vet during routine puppy vaccinations, as the correct answer will differ between cases. It is important for owners to get reliable information regarding this topic so that they can make informed decisions.

Dear Doctor, I’m trying to move my ten-year-old cat from its normal pellets to a pellet for older cats. It’s expensive and I’m sure very healthy for her, but she refuses to eat it. What can I do to help with this transition? I want her to live as long as possible, so I want her to eat the correct food.

Cats are creatures of habit, and it’s not uncommon for owners to struggle when implementing diet changes. The most important thing to remember is that the transition between diets is going to have to be slow, but with patience it can be done successfully. Start by feeding the “old” cat food with just a few pellets of the “new” food mixed in. Over the next few days you can increase the proportion of the “new” food until it makes up about 25% of the bowl of pellets. Once your cat is used to that proportion, slowly increase until the bowl is roughly 50% “new” food. This is how you should gradually transition the diet until your cat is accepting the “new” food on its own. The rate at which you can increase the proportion of the “new” food differs between cats. In some cats, the transition will be glacial, even taking several weeks for them to start eating the “new” food. However, if the new food is a better quality, the effort will all be worth it.

On a side note: never leave the “new” food down in the hopes that “when she is hungry enough she will eat it”. Prolonged periods without food can cause fatty liver disease in cats, which is a serious disease, requiring intense hospitalization to resolve. 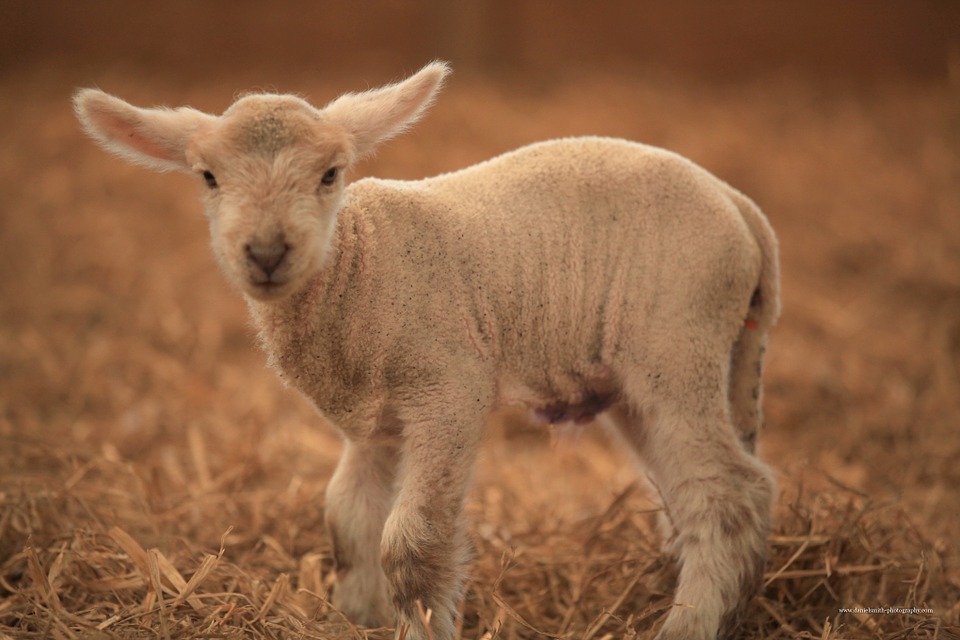 It may be a small matter in the scheme of things, but it surely mattered to the lost lamb that was found next to the road by weekenders returning from the West Coast and deposited at World of Birds just before five on Sunday. It was not the first sheep that a motherly Debbie took under her wing and into her home.

It was a struggle to get the sickly and thin creature to drink warm milk from a bottle. By late night the battle was won. “Ollie”, as named by the compassionate ladies who took mercy on the woolly bundle, eventually had enough nourishment to settle in for the night, sleeping cosily in a padded box next to the heating panel, only interrupting everybody’s sleep at four for another warmed-up bottle of milk. Our boys renamed the baby “Lambert” on account of it being a lamb, and Lambert’s Bay, a town on the West Coast.

The adopted orphan quickly adjusted to a new and pampered lifestyle, the next day guided around the park for exercise, ooh’ed and aah’ed by adults and children alike, yet with birds and monkeys protesting at seeing this unusual intruder. The Cafeteria cat, surprisingly, showed no fear or aggression and tolerated the newcomer.

It was evening and I was reading the paper. Debbie was feeding the new family addition on her lap, and then the boys, Garron and Ryan, were gambolling up and down the living room with the hilariously clumsy sheep outdoing them, still trying to figure out the things that can be done with four legs pulling in different directions.

It was a homely scene. Every now and then Lambert fell asleep, while the boys watched TV. All were delighted to have this little girl as a part of the family, even accepting the sudden pee and poo accidents.

Irrelevant now, but morbid thoughts did enter the mind when looking at the lamb, again cradled by Debbie with another feed. What would Lambert’s fate have been, if left to “nature”?  Would it have died slow or quick, before or during the night, next to the road? Would a jackal have taken the bleating  meal, or a Martial eagle, or would the crows have started to feed on the near dead animal in the morning?

This little soul was saved by compassion, and sheer luck. How it lost its mommy one doesn’t know. All we know is that it had fallen with its bum in the butter, and into love expressed. Although little was needed, we had to buy the commercial bulk quantity of special milk formula for Lambert’s optimal development and health. The cost of R500 could not be brought into question, although an unsympathetic person quipped that we could have bought 10kg of “lamb” at the butcher for that money. 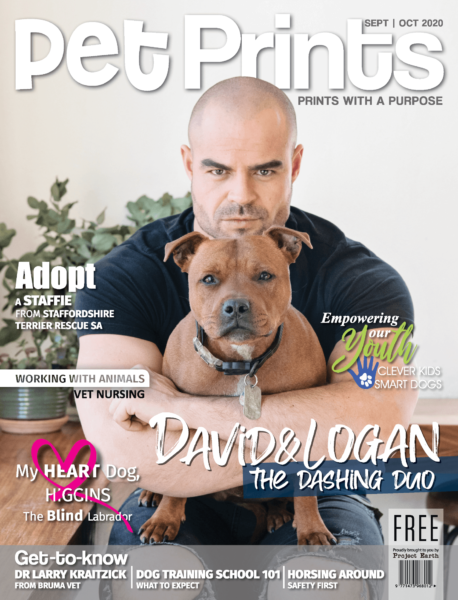